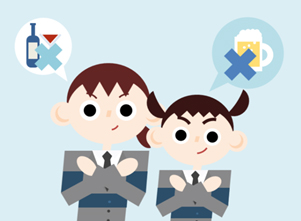 Studies have found that alcohol consumptions by women and by men have been getting closer and closer since the 1990s, in a fear that more women will suffer from alcohol-related diseases.1 In this connection, the Department of Health particularly urges women to pay more attention to the harm and related effects of drinking, and to make informed choices after understanding the risk.

In addition to making you fat and mentally disturbed, alcohol can lead to female breast cancer, likewise other cancers and diseases. More about effects of alcohol on health

If you drink alcohol during pregnancy, your unborn baby might risk permanent damage. Alcohol affects adolescents' physical, mental and social development, especially brain development. As a family member or an elder, do not let young people drink or encourage them to drink. 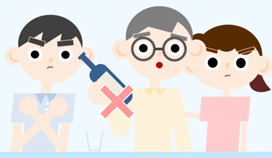 Tips for parents on youth drinking